« Our mandate is to honour and celebrate Canadian songwriters, and those who have dedicated their lives to the legacy of music, and to educate the public about their achievements. »

The Canadian Songwriters Hall of Fame (CSHF) is a national, bilingual, non-profit organization with an ongoing mission to honour and celebrate Canadian songwriters. As our nation’s sole Hall of Fame for songwriting, the CSHF works diligently, through various initiatives, to educate, inspire, and raise the awareness of Canadians coast-to-coast about the value of the songwriter, and the incredible contributions they have made, both in Canada and around the world.

Founded in 1998, as the dream of music publisher Frank Davies, the CSHF was created to honour and preserve Canada’s rich songwriting heritage. The idea came inadvertently, after Davies heard a presentation made by Tom Sandler, the son of Canadian songwriter Ruth Lowe, and learned that Lowe had written Frank Sinatra’s very first No. 1 hit song, “I’ll Never Smile Again.” The occasion left a strong impression on Davies. Although he was very familiar with Lowe’s song, he had no idea that the songwriter was a Canadian. “I came away believing that there must be many other Canadian songwriters from our past, and not-so-distant past, whose songs may be equally well-known, but whose lives and careers were not,” says Davies.

He decided that establishing a non-profit, bilingual, apolitical and national Hall of Fame was the only way to effectively deal with this lack of public and industry recognition of Canadian songwriters. With initial funding from Davies and his company, and then the Canadian Music Publishers Association (CMPA) and its member companies and individuals, the CSHF/PACC was founded in 1998. Shortly thereafter, the Songwriters Association of Canada (S.A.C.) was invited, and agreed, to become a partner in the venture. In late 2002, the Société professionnelle des auteurs et des compositeurs du Québec (SPACQ) joined the CSHF with a goal to provide their particular expertise and guidance in celebrating the achievements of Canada’s Francophone songwriters.

In December of 2011, SOCAN (the Society of Composers, Authors and Music Publishers of Canada) acquired the CSHF. The Hall of Fame’s mandate aligns with SOCAN’s objectives as a membership-based songwriter and publisher organization that champions the work of its members coast to coast. SOCAN’s support and involvement in the CSHF ensures that the Hall of Fame will be able to continue to honour the achievements of Francophone and Anglophone songwriters, and to celebrate this rich and unique musical heritage for many years to come. The CSHF continues to be run as a separate organization, with its own Board of Directors.

Throughout its history, the CSHF has inducted more than 50 songwriters and 150 songs into the Hall of Fame. Legendary songwriters inducted at past ceremonies include; Neil Young, Joni Mitchell, Gilles Vigneault, Leonard Cohen, Robert Charlebois, Gordon Lightfoot, Claude Dubois, Paul Anka, RUSH, Luc Plamondon, Bruce Cockburn, Beau Dommage, Randy Bachman, and Burton Cummings, among many others. Timeless classic songs heard and sung all over the world, such as “Universal Soldier,” “Born to be Wild,” “Gens du pays,” “My Way,” “Lindberg,” “American Woman,” “Four Strong Winds,” “Moi, mes souliers,” and “Hallelujah” have also been inducted. 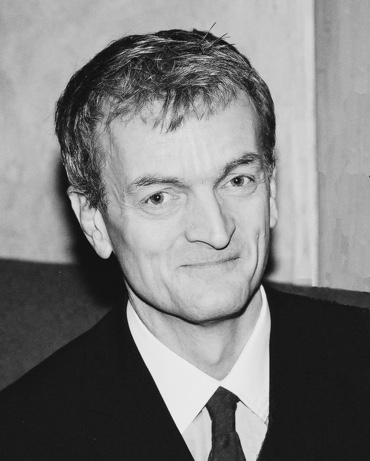 Frank Davies is a Canadian record producer and music publisher. Davies has been a major contributor to the growth of Canada’s music industry and its creative community for more than four decades. He is credited with discovering, producing, publishing, and developing the careers of many celebrated artists and songwriters, as well as being an advocate for their status.

SOCAN connects more than four-million music creators worldwide, and more than a quarter-million businesses and individuals in Canada. Nearly 150,000 songwriters, composers and music publishers are its direct members, and more than 130,000 organizations are Licensed To Play music across Canada. With a concerted use of progressive technology and a commitment to lead the global transformation of music rights, with wholly-owned subsidiaries Audiam and MediaNet, SOCAN is dedicated to upholding the fundamental truths that music has value and music creators and publishers deserve fair compensation for their work.