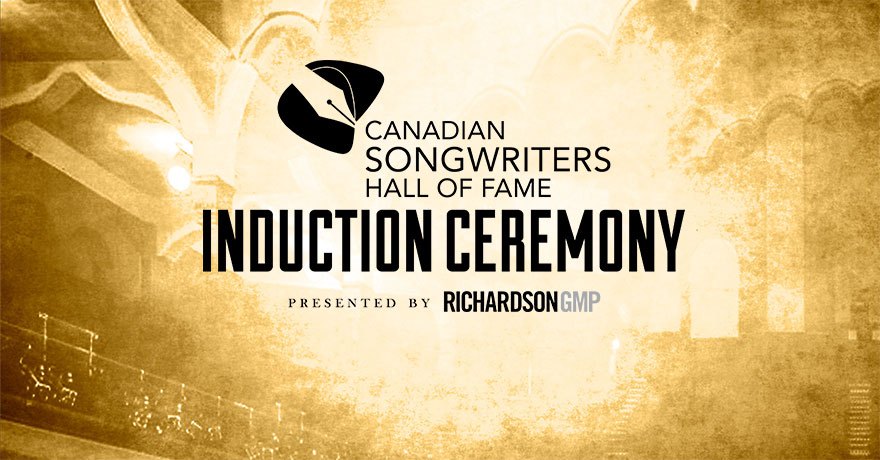 “We spend our days, with our heads down, deep in the logistics of putting this many artists on stage,” said Vanessa Thomas, Executive Director, CSHF. “Sometimes I just look at the performer list in amazement and cannot believe what a historic gathering this will be for both French and English cultures in Canada. It’s very exciting.”

The Massey Hall show will be livestreamed at CBCMusic.ca and on CBC Music’s Facebook and YouTube pages starting at 7:30 p.m. ET on Saturday, September 23.

The CSHF is excited to announce that 2017 will mark the first year of The Slaight Music Emerging Songwriter Award. Generously sponsored by Slaight Music, the award has the overall objective of encouraging and supporting the development of two songwriters who are on an upward trajectory of their careers and will be highlighted at the Induction Ceremony.

The CSHF is a national, bilingual, non-profit organization, founded to honour and celebrate Canadian songwriters. Since 2003, the CSHF has held seven highly successful induction ceremonies focusing on the unique craft of the song and celebrating the value of music in our society. This year’s induction ceremony will be recorded for later broadcast by CBC Music and ICI Musique.

About CSHF
The Canadian Songwriters Hall of Fame (CSHF) honours and celebrates Canadian songwriters and those who have dedicated their lives to the legacy of music, and works to educate the public about these achievements. National and non-profit, the CSHF is guided by its own board of directors who comprise both Anglophone and Francophone music creators and publishers, as well as representation from the record industry. In December 2011, SOCAN (the Society of Composers, Authors and Music Publishers of Canada) acquired the CSHF. The Hall of Fame’s mandate aligns with SOCAN’s objectives as a songwriter and publisher membership-based organization. The CSHF continues to be run as a separate organization.

About Richardson GMP
Trusted. Canadian. Independent. Richardson GMP is Canada’s largest independent wealth management firm, entrusted with over $30 billion in client assets. With offices across the country, we are home to some of Canada’s most distinguished Investment Advisors. All Richardson GMP Advisors share a passion for professionalism and a commitment to delivering unbiased- and unparalleled-wealth management solutions. They are supported by the substantial resources of our founding companies and their respective track records of success in Canada. We are proudly Canadian. Fiercely independent. And dedicated to earning and rewarding your trust as stewards of your wealth.

From “Summer of ’69” to “What About Love”: We Bet You Didn’t Know These Songs Were Written by Jim Vallance